This timeline shows all major events, which I think they are worth to mention, in the IT ecosystem :

This is another strategic acquisition in the opensource space for VMware, after Heptio in November 2018. Bitnami is best known for packaging opensource software in multiple formats (containers, public cloud, etc). Their creds on the Docker hub can’t go unnoticed. They also have a nice serveless solution that works with Kubneretes called Kubeless.

The self-assigned mission of Bitnami is nothing less than “make awesome software available to everyone, everywhere. We make it possible for anyone to quickly deploy software on the platform of their choice”. That definitely resonate with the strategy VMware is executing around their view of multicloud (vmware on AWS, vmware on Azure, VMware Cloud on DellEMC, etc …).

Traditional ADC market is slowly dying and every established actors have to pivot to stay relevant in the microservices era. For $670M, F5 is buying his Cloud-Native fast-lane ticket and the massive mind-share that comes with NGINX.

Nvidia to acquire Mellanox for $6.9B

Swift move from NVIDIA to acquire Mellanox chipmaker. In a heavily consolidated market, NVIDIA beats Intel and Microsoft on this acquisition and may have just guaranteed his success for the HPC & ML era.

Amazon acquires CloudEndure in January 2019 for an amount around 200M$. CloudEndure is a multi-cloud Backup & DR player, which originally supported AWS, Azure, CGP, OCI & Alibaba amongst others.

This acquisition is all about migrating to AWS and will surely benefit the upcoming AWS Outpost. CloudEndure’s web site have already been updated and now the only options are “Disaster Recovery to AWS” and “Migration to AWS” 🙁

Thomas Kurian, former Oracle’s President of Development, joins Google Cloud as the new CEO where he will succeed to Diane Green. His main mission will be to make Google Cloud crack the Enterprise market.

Heptio was founded in 2016 by Joe Beda and Craig McLuckie, two of the creators of Kubernetes. VMware instantly becomes one of the major contributor to Kubernetes. Great synergies with PKS to come?

This is a major move, costing IBM $34B in cash and debt. Behind Red Hat’s RHEL, OpenShift, Kubernetes expertise (and the list goes on), there is also Red Hat’s previous acquisitions with CoreOS, InkTank, Ansible to name few.

IBM is now well equipped to step up his game on the hyperscaler public cloud arena.

Duo Security have a very popular MFA cloud service (Multifactor Authentication). This may be a good fit to Cisco Umbrella and the CloudLock CASB service, and is definitely in the Cisco’s long term strategy to become software company (behemot’s pivot takes time).

GitHub is basically the world’s code repository. Microsoft own it, and one can see this as a big commitment to Open Source. But GitHub is also and foremost a specialized and extremely qualitative social network. Coupled with Linkedin (same : specialized and qualitative), that makes two highly qualitative social network for Microsoft. You can’t really say if Linkedin could empower Github or is it the other way. Add some clever ML on top of all that data, and Microsoft have gold between their hands.

This is the last move from VMware in the journey to expand itself and become also a networking company. SD-WAN is hot, everybody want his share, and VeloCloud’s assets will be a nice fit into the NSX portfolio.

Amongst other things, Hive-IO propose his own VDI solution (tagged as DaaS) and a Hadoop-as-a-Service offering.

Kirill Tatarinov steps down as Citrix’s CEO and the former CFO is now in charge. That follow Mark Templeton’s retirement two years earlier.

Cisco aims to step up his game on the SD-Wan market with one of the most brilliant startup in this space.

Deis is a company developing solutions for Kubernetes container management. Their flagship product is “Helm – The package manager for Kubernetes”.

This is the largest tech merger to date. 67 billions USD. When you say EMC, you also say : VMware, RSA and Pivotal. There is indeed lot of overlapping between the two groups (Dell & EMC), but so much room for synergy, an enormous global market share in many “tech sections”, and obviously a path to vertical integration in a way recalling Oracle or IBM’s old days.

Interesting, when you see HPE selling software assets to MicroFocus.

This major acquisition marks VMware’s entrance to the EMM Market (Enterprise Mobility Management), and will slowly but deeply reshape the company’s EUC strategy. 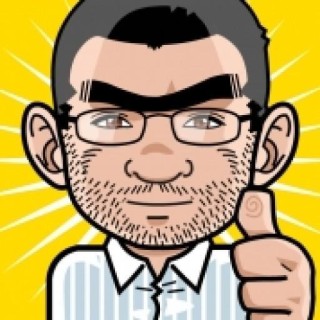